The track in Altenberg is one of the most demanding artificial ice rinks in the world. It is a magnet for athletes and visitors the whole year. 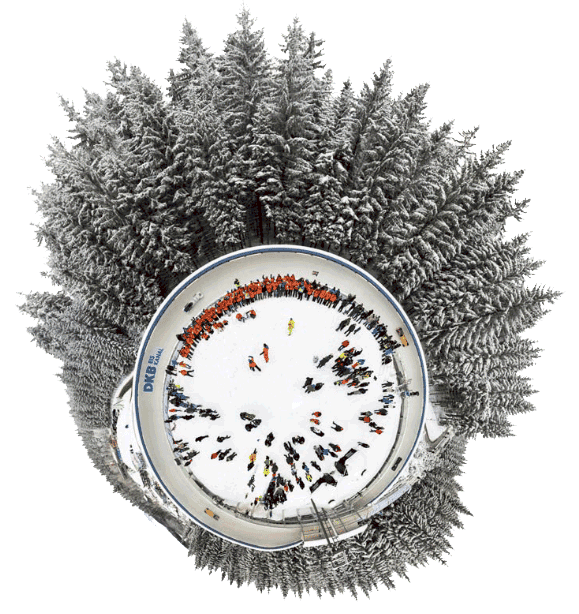 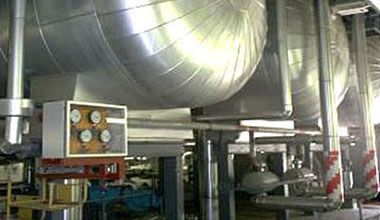 WHERE DOES THE COLD IN THE EISKANAL COME FROM

The refrigeration machine house behind the target gyro is the heart of the entire refrigeration technology. From here, a 30 km long pipe network runs through the entire concrete canal up to the bobstart. Around 45 tonnes of liquid ammonia are converted into gas by three compressors with an output of 250 kW each and sent through the pipe power system. The concrete can be cooled to -13°C. Along the railway there are 56 control points that measure the temperature of concrete and ice. Particularly attentive visitors recognize the holes with temperature sensors on the inner bands of the track. Depending on the weather conditions, a computer-aided process control system collects the (cold) data and automatically regulates the transport of refrigerant to the appropriate locations in fixed temperature ranges. In case of special requirements, refrigeration technicians and the ice master can also manually regulate the refrigeration system and particularly cool special web areas or even switch off the cooling in case of natural frost. In theory, the Altenberg racing sled and bobsleigh track could be iced up to plus 20°C outside temperature. This depends on wind and solar radiation, but causes an enormous energy and water consumption. By comparison, the performance of the refrigeration machines is roughly the same as that of 12,000 refrigerators. 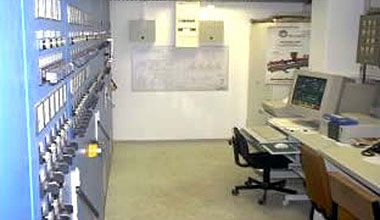 In order to ensure that this system has optimum safety and efficiency, a computer-controlled process control system has been installed, which, depending on the weather conditions, collects the data and transports refrigerant to the respective location of the railway (there are 50 so-called control points on the railway). Of course, the experiences of our ice master can be entered in this system. The system runs completely automatically, in case of malfunctions, the relevant service members are informed by telephone dialer and mobile phone. 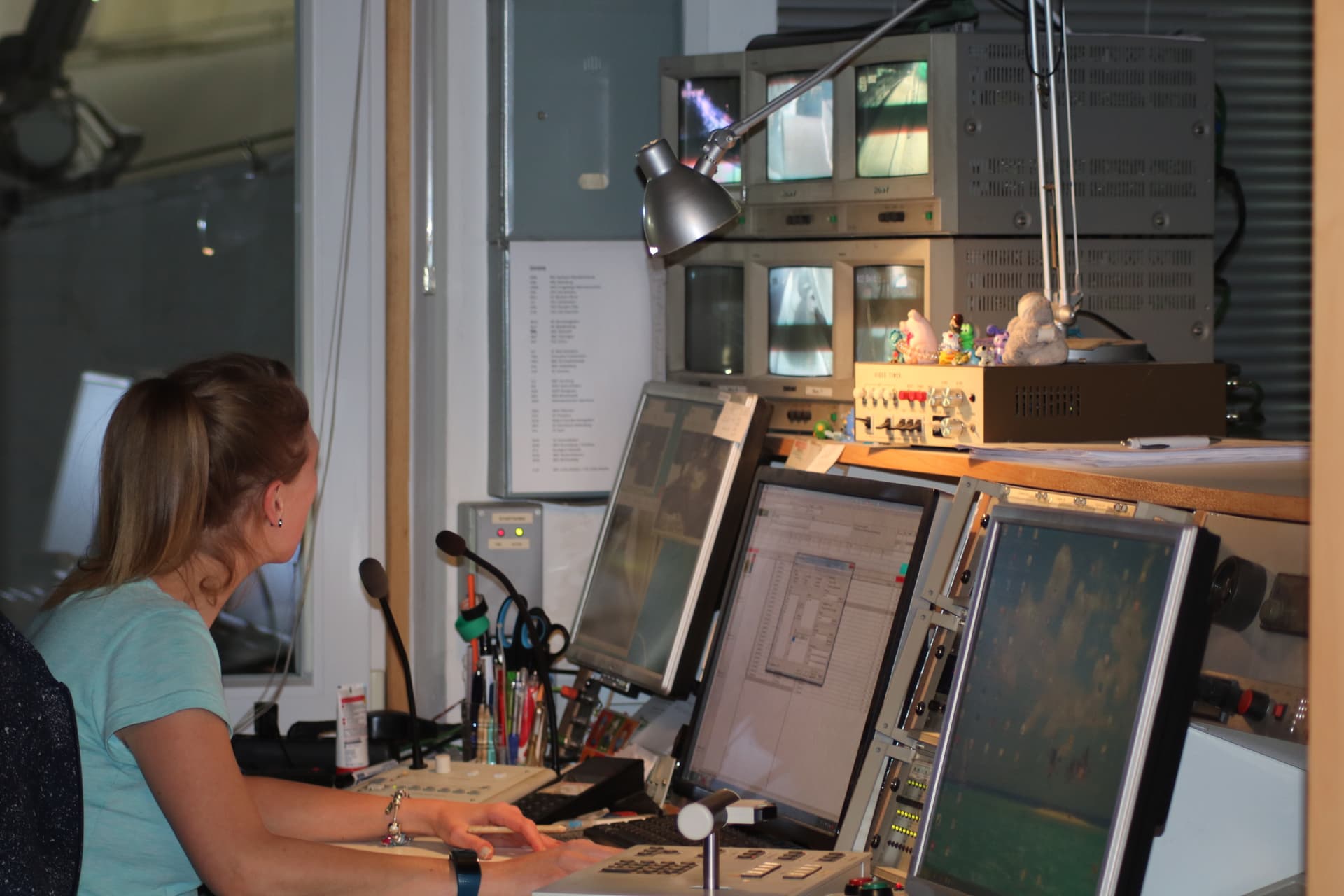 As the name suggests, the measuring technique has as its task to accurately record the times of individual athletes or sleds and bobsleighs. In addition, the coordination of the process in training and competitions is another important task. In coordination with the railway manager and the railway workers, competition and training trips are planned from start to finish.

Through two independent time measuring systems (24 installed measuring stations), the employees in the measuring technology have documented all start, intermediate and end times and pass them on to trainers and officials. By analysing the times, trainers can evaluate the strengths and weaknesses of the individual athletes in detail.

In national and international competitions, the measuring technology also functions as a moderation office and information interface for visitors to the ENSO ice channel.

Information about the current race with anecdotes of the athletes is transmitted to visitors via the loudspeakers. Thus, the employee in the measurement technology must also be well versed in the sporting aspects. 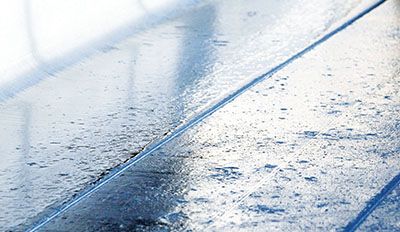 In October, the bobsleigh track will begin to be closed. On average, about 8 ice workers spend a week icing the ice snake from the finish to the bobsleigh start. For this purpose, the concrete body is cooled down to approx. -13°C and applied by means of a fine water jet mm for mm ice and all this in pure manual work. The bobsleigh track is then "ready for use" if the ice has a thickness of approx. 2-6 cm (straight less, curves slightly more). 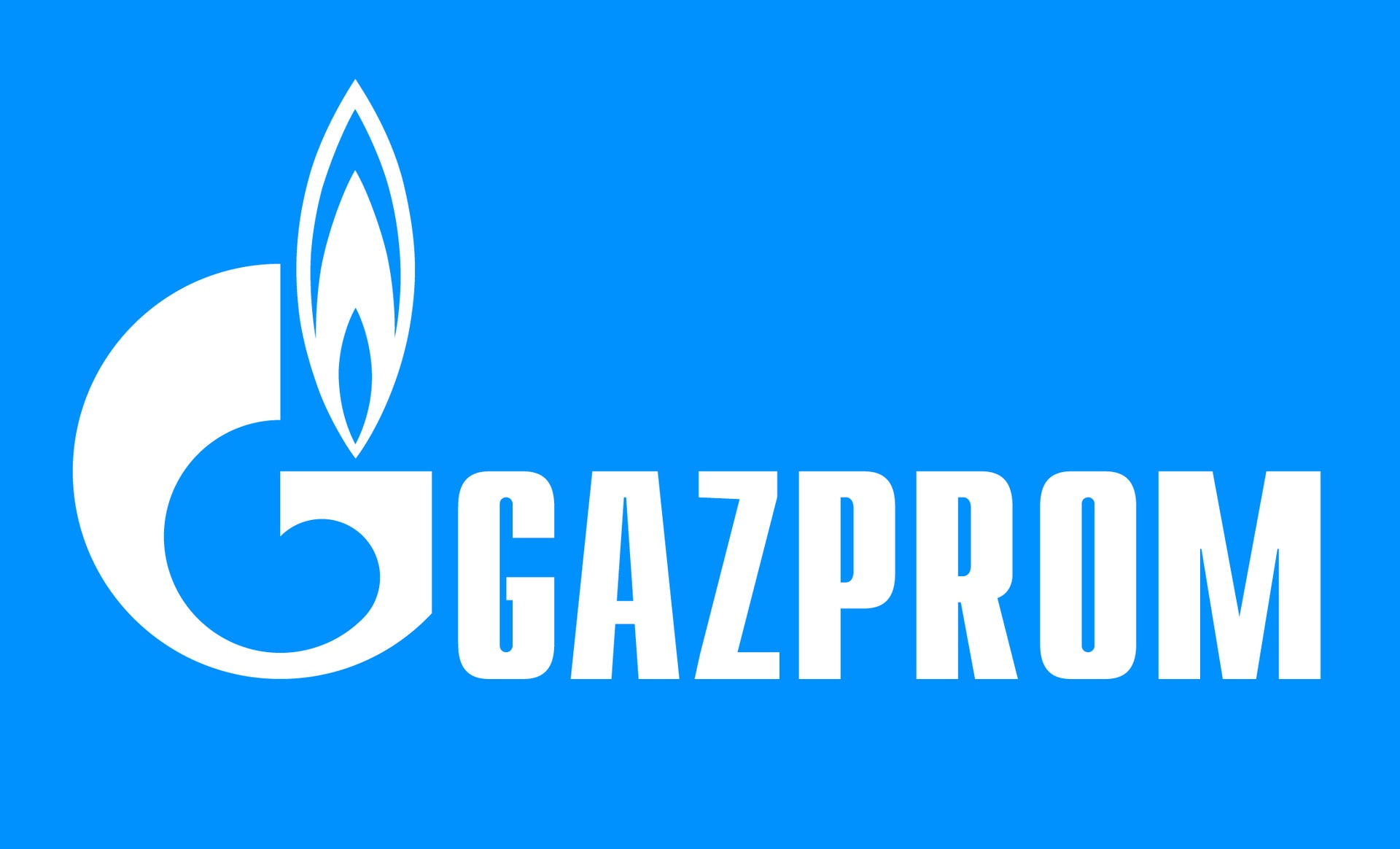